The “Cowboy code” guides the governors of the West 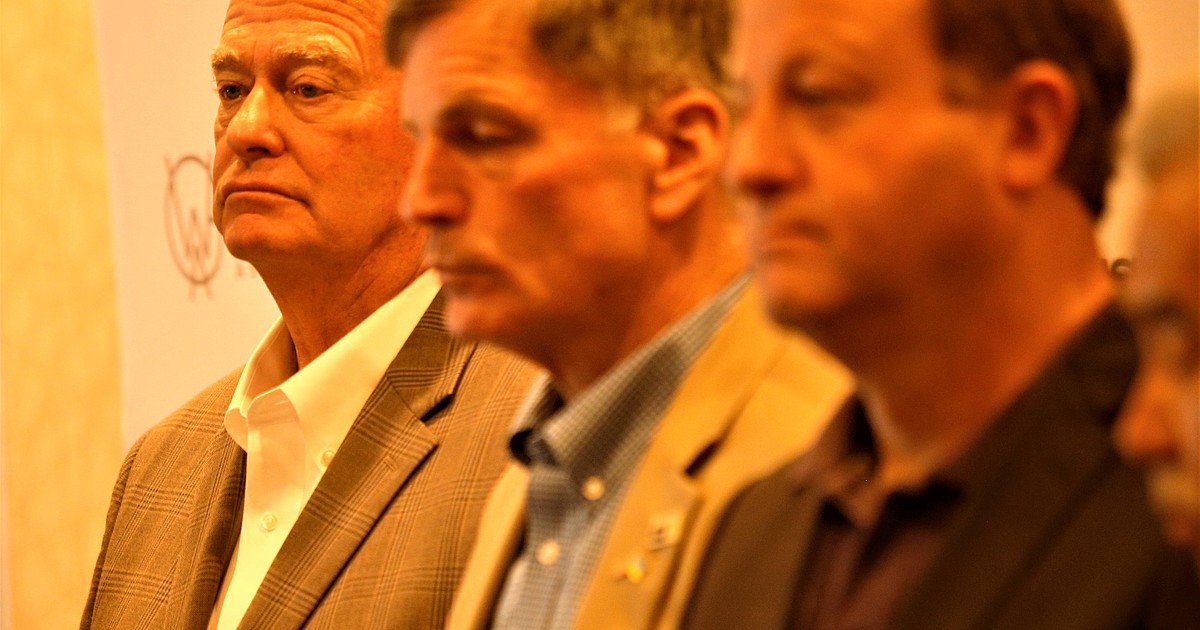 ▶️ Listen to this article now.

HEART OF NAFTA – The first meeting of the Western Governors Association in three years brought together eight heads of state guided by the “cowboy code”.

They finish what they started, said WGA executive director Jim Ogsbury. When something needs to be done, they do it. It’s not what they say, it’s what they do.

Citing the 1934 novel “Code of the West” by Zane Gray, Ogsbury spoke of “unwritten rules centered on hospitality, fair play, loyalty and respect for the land”.

“For an individual, the Governors who join us for the 2022 WGA Annual Meeting this week personify these principles and carry out their responsibilities in accordance with these ageless ethical principles,” Ogsbury said.

The three-day conference which opened at the Coeur d’Alene Resort on Tuesday saw some of the West’s most influential men sit down for talks and presentations on the challenges facing them and their constituents. , including economy, energy, health, cybersecurity, supply chain issues and drought.

“It will be a very productive meeting here in Coeur d’Alene,” Colorado Governor Jared Polis said at a press conference.

Wyoming Governor Mark Gordon said Yellowstone National Park, which recently suffered millions of dollars in historic flood damage, “is open, ready for business and going from strength to strength, and that’s thanks to the excellent neighborly relations that we maintain”.

“Western governors are focused on getting things done and tackling some of the most complex issues facing our country,” he said.

On day one, they heard from Tom Vilsack, Secretary of Agriculture, Javier Becerra, Secretary of Health and Human Services, and a five-person panel on the threat of wildfires and the best ways to prevent and fight them. forest fires.

He said the interdependence of Western states is their “bread and butter”, creating effective partnerships and collaborations to address challenges such as land management, drought and invasive species.

“It’s the chemistry of all of us together and talking about what’s working and what’s not working, what we need to do better and how we need to plan for the future,” Little said.

He said states must leverage their resources to best utilize an aging workforce and address a shortage of affordable housing.

He pointed out that many western states are the fastest growing regions in the country.

“This community you’re in right now may be the fastest growing community in the United States, and we didn’t see it coming,” Little said. “It was a challenge for the state and then a challenge for the local community here. And we hope that some of the solutions to this incredible growth will be discussed here.

The annual meeting continues today with Denis McDonough, Secretary of Veterans Affairs, outlining how states and the federal government can work together to help veterans facing homelessness, mental and behavioral health issues and medical needs. of combat service.

There will also be panel discussions on protecting the supply chain and restoring burned landscapes.