Comments Off on Montana, where American still works 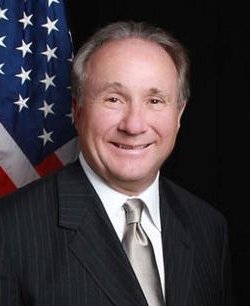 I am a lucky American.

Thanks to my wife Colleen’s work as a travel agent, for the past two weeks I have been to Europe and back.

I was able to accompany Colleen, as I often do, when she took a tour group to the French wine region of Bordeaux.

While I was away, things seemed to start looking up a bit at home.

The Biden administration was still doing its best to cripple the economy, bankrupt the federal government, and destroy our energy industry with its senseless green policies.

But the stock market rebounded well.

National gasoline prices continued their slow slide towards $4.25 per gallon (except in California).

While I was in Europe, a friend from Pittsburgh, a former journalist named Bill Steigerwald, drove from western Pennsylvania to Montana with his wife and daughter.

It’s a 1,900 mile road trip – one way – but Bill is used to driving across America and meeting strangers. He still thinks it’s fun at 74.

For decades he did what he calls “drive-thru journalism” for the Los Angeles Times (in the 1980s) and two Pittsburgh dailies.

Bill drove alone, covered 11,276 miles in about 40 days, and met hundreds of Americans from Maine to California. Unlike many journalists, he liked 99.9% of the people he met.

Bill still meets – and, as he puts it, “softly asks” – people all the time when he travels.

This week, in an email from sparsely populated central Montana, he wrote, “Don’t worry too much about the future, Mike.

In Lewistown, a population of 6,000, Bill said he met Brandon O’Halloran, a former schoolteacher in his 40s who owns and operates the Rising Trout Café on Main Street.

Brandon and his wife Mariah have three children and live on a small, all-organic ranch and wheat farm outside of town.

Three mornings a week, he comes in around 5:30 a.m., roasts his own coffee, and whips up a stack of cinnamon rolls and breakfast sandwiches.

“He’s optimistic, friendly and apolitical, a wise mix of liberal and conservative,” Bill wrote. “You would never know that the country is in trouble or that its wheat crop failed last year because of the weather.”

Bill is staying in his wife’s family’s log cabin in the dense forest near the thriving former silver mining town of Neihart, now home to around 50 people.

In “downtown” Neihart, on Highway 89, which passes through the mountainous Lewis & Clark National Forest and its few still-active Minutemen silos, is “The Inconvenience Store”.

A co-op, it is run on a shoestring and owned and managed by a dedicated team of colorful and friendly residents.

The invaluable store serves as a morning coffee for elders, a community center and is the only place for many miles where you can buy bread, milk and water.

Almost next door to the Co-op is Bob’s Bar Restaurant & Motel.

The modest combo was purchased about five years ago by a 40-something Indiana entrepreneur named Janice, who even cleans the rooms herself (to make sure they’re done right) .

Her funky bar caters to tourists, locals, skiers and passing bikers and she has just hired a new cook specializing in prime rib and grilled salmon.

Janice has the only gasoline for sale in 40 miles and she knows the locals depend on her.

“It’s stiff – but fair. When her two old gas pumps stop working due to vapor locks, she pulls out her gear and pumps out what you need herself.

That’s how America has always worked, Bill says — in the middle of Montana, anyway.

Michael Reagan, son of President Ronald Reagan, is an author, speaker, and president of the Reagan Legacy Foundation. Send comments to [email protected] and follow @reaganworld on Twitter.