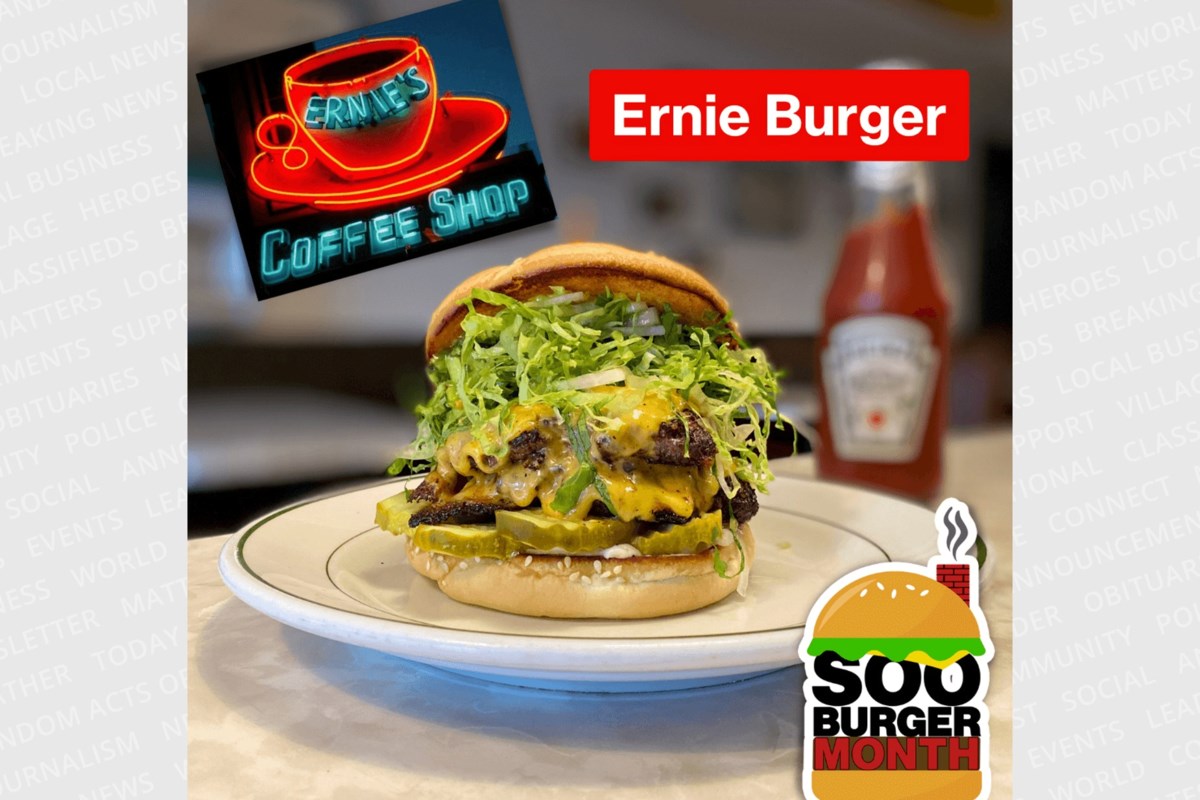 Throughout September, 10 local restaurants will donate a portion of their specialty burger sales to the Blake Ave. of Habitat for Humanity.

For a second consecutive year, Habitat for Humanity Sault Ste. Marie is bringing back “Soo Burger Month,” a tasty fundraiser that runs through September that encourages residents to eat burgers at local restaurants to support charities.

Ten restaurants in the city have reserved a specialty burger on their menu and will donate at least one dollar to the nonprofit housing organization for each burger sold.

Habitat Marketing Coordinator Chelsey Foucher says the event is a fantastic opportunity for Saultites to help others in the community who are in dire housing need.

“We’re trying to establish more signature events,” she said. “Last year was a bit of a trial run, so we’re really looking forward to getting this fundraiser going and making it work.”

“Their support is super important,” says Foucher. “Coming out of the pandemic, we knew restaurants were struggling. We wanted to do something that would support us, but also support local businesses. Giving restaurants this opportunity to participate and support Habitat and their community is mutually beneficial, and it also creates a bit of friendly competition.

Money raised throughout September will be used to build a fully accessible four-bedroom home on Blake Avenue for a Syrian refugee family who has lived in Canada since 2016.

“The father uses a wheelchair and their two-bedroom apartment is not accessible or big enough for all five,” says Foucher. “This fundraiser will help house them by the end of the year.”

The ten participating restaurants will also compete for the Best Burger Award and the Most Burgers Sold Award.

Residents are encouraged to use the Burger Passport to keep track of their selections. Entrants are also encouraged to share photos of their burger on social media using the hashtag #SooBurgerMonth.

A full press release is below:

Soo Burger Month, presented by SooToday.com, is a citywide fundraiser taking place throughout the month of September that encourages Saultites to eat burgers in support of charities.

Using the Burger Passport, generously sponsored by Cliffe Printing, Habitat will guide you to ten participating restaurants featuring a creative new burger (or a tried-and-true burger) from which at least $1 will be donated to Habitat for Humanity. Sault Ste. Marie & Area per burger sold.

Last year, Soo Burger Month raised just under $3,000 to support the organization’s affordable homeownership program. Habitat hopes to see a modest increase from last year, after making some minor adjustments to the event based on some of last year’s feedback.

“We’ve decided to push fundraising back a month to September, so fans can enjoy their burgers during patio season,” says Chelsey Foucher, Fundraising and Marketing Coordinator.

The Burger Passport shows restaurant locations, the burgers they offer, and the amount donated to Habitat per burger sold. Burger Passports can be downloaded online or picked up at any of the following locations starting September 1:

Fundraising will also be complemented by a small contest. The restaurants are competing to win the award for best burger and the award for most burgers sold – won by Ernie’s Coffee Shop and Getaway Restaurant respectively in 2021.

“We’d love for people to take photos and post their #SooBurgerMonth adventures on social media to help us spread the word,” says Foucher, “and don’t forget to tag Habitat!”

Funds raised by Soo Burger Month 2022 will support Habitat’s fully accessible Blake Avenue construction, which will house a family of five by the end of the year.

Foucher pointed out that it’s a common misconception that Habitat is giving away homes for free when, in fact, they’re selling them to eligible families.

“The families we work with volunteer 500 hours and buy their homes at fair market value with an affordable mortgage from Habitat. Our program removes the hurdle of a large down payment and ensures that mortgage payments do not exceed 30% of their household income,” explained Foucher. “Their mortgage payments then go into our ‘Fund for Humanity’ which exists solely to fund future construction.”

With the current Blake Avenue home completed, Habitat plans to build a quintuple on Goulais Avenue in 2023 — the organization’s largest project to date.

Donations to Habitat’s Affordable Homeownership Program can be made at www.habitatsault.ca/donate. Companies interested in sponsoring a Habitat home can contact Chelsey Foucher at [email protected]